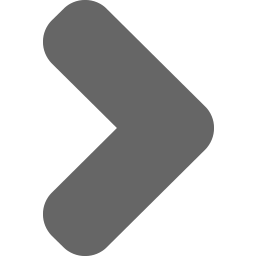 Get to know El Salvador

A country ravaged by civil war in the 1980s is now being torn to shreds by ruthless gangs, formidable drug cartels, corrupt government officials and volatile political situations. The statistics coming from the small Central American country are almost always grim. “In both 2015 and 2016, El Salvador was the world’s most violent country, and its capital, San Salvador, was the most murderous city” reports the Economist. It’s no wonder that there are now over 2.8 million Salvadorans now residing in the United States – which accounts for over 40% of the entire population of El Salvador! Citizens are literally scared for their lives, the lives of their children. They see no future in their homeland.

Perpetuating the cycle of gangs and drug cartels, aiding the constant influx of new members, is the extreme poverty most face in El Salvador: over 40% live under the poverty line according to the World Bank. With constant pressure from the gangs/cartels, and few realistic options for a basic livelihood there sometimes appears to be just two options: join the gang or leave the country. Horrifyingly, guess who is taking advantage of this cruel situation to benefit their bottom line? Foreign companies, ranging from American soda companies purchasing sugar cane to major international clothing brands. When people are truly desperate and out of options, they’ll accept the pennies you throw at them. Government officials have little to no power to enforce lasting change – they are outnumbered and infiltrated by the gangs and cartels.

With close proximity to the United States, a glut of workers anxious for any sort of work, lax labor laws and numerous chances to skirt basic human rights to save a buck, El Salvador has drawn the attention of foreign businesses for all the wrong reasons. The Central Bank stated that in 2017 exports from El Salvador grew 6.3%, nearing $6 billion US. Among others, clothing accounted for $88.3 million, textiles another $76.9 million and $70.5 million for sugar. José Antonio Escobar, president of the Chamber of the Textile Industry, Clothing and Free Zones of El Salvador has stated that international companies frequently threaten to leave the country for neighboring Honduras should conditions change – and on occasion the multinational brands follow through if they are not given the concessions they demand. A recent factory closing meant 850 workers lost their jobs.

El Salvador’s legal minimum wage depends on the sector of work. In 2017 wages rose for the first time in years. Garment/textile workers now make $295US/month, some agriculture workers make $224US/month (coffee and cotton workers only make $200US/month) and commerce/service industry workers now make $300US/month. Sadly this does not meet the basic cost of living, which is roughly $590/month. How is the gap made up? Often times through remittances from family members living and working abroad. In 2016 alone 17% of El Salvador’s GDP was made up of remittances from the United States. Salvadoran workers sent back $4.6 billion to help family left behind — ostensibly fueling a cruel economic cycle. Further hurting the wages of Salvadorans, gangs and cartels have infiltrated unions and set out to intimidate officials to try to force people out of legitimate work. International companies are gobbling up the savings and doing little to aid sustainable change.

Another appalling fact keeping El Salvador down: UNESCO reports that 6% of children under the age of 14 are currently working and not attending school. While this is mostly in the agriculture sector (coffee, sugar cane, cotton, etc) there are large numbers working in garment and textile factories after school, on school holidays or outright skipping school during busy periods. Parents bring their children to help meet impossible quotas set by farm and factory owners, which are forced down upon them by international buyers and brands. Once children reach the age of 10 they are able to bring in their own day’s wage. When parents aren’t able to keep up with the cost of feeding their families, desperate measures are taken. In a report on child labor the Washington Post interviewed a reluctant mother, “‘We have to have the money,’ said Teodora Franco Lopez, 47, who has five children working in the fields. She said they miss three months of school during the winter harvest season.”

Small gains come with tremendous setbacks for workers in El Salvador and the cruel cycle perpetuates itself. Drug cartels and murderous gangs have forced people to flee the country, international companies have taken advantage of workers desperate for legitimate work, drug cartels and gangs have infiltrated unions to keep wages down to force people into their clutches, citizens continue to flee and then send money home to make up the gap in monthly costs. Labor laws are not enforced, complaints from workers are not looked into and officials choose the influx of foreign money and protection from gangs/cartels over forcing higher wages for average citizen workers. Until the consumers of cheap goods demand transparency and real, sustainable change, forcing a downturn in the bottom line of abusive companies, change will never occur. Every purchase consumers make is a vote for the type of future we want to see in El Salvador.

D’Cuero might have started as a graduate thesis project, but it’s grown to so much more than a dream and late night paper writing! The online platform helps small producers of men’s leather shoes in Ecuador bring...
read more